It may be time to revisit Kipling’s dictum: “East is East, and West is West, and never the twain shall meet.” “Bridge of Dreams” is an unlikely but pretty impressive combination of Hindustani music and big band progressive jazz.

At Her Majesty’s Theatre in Adelaide, Saxophonist, composer, and improviser Sandy Evans collaborated with tabla (a pair of twin hand drums from the Indian subcontinent, since the 18th century the principal percussion instrument in Hindustani classical music) players Aneesh Pradhan and Bobby Singh, singer Shubha Mudgal, harmonium player Sudhir Nayak, and the Sirens Big Band, an all-female jazz ensemble featuring a brass section that would be the envy of the Hunters and Collectors or Chicago.

The performance started (after the tedious welcome to country and assertion of first “nations” sovereignty) with a chant to Mother Earth (or Gaia). Mudgal, though miked, has a strong voice and sat centre stage, a perfect choice for a North-Indian staging of The Ring (as Erda, of course). The tabla players, harmonium, double-bass and piano were stage left; drums and percussion centre-rear; the jazz ensemble to the right, with Evans on various instruments (including impressive clarinet work) taking the traditional conductor’s space and role. The performers were impeccable – the pieces combined the traditional Indian homages to imagination that can be traced a myriad years back to the Dravidian peoples, with the meandering tendencies of traditional jazz that wend their way in the style of the late Scratchy Impasto. TVC, not having any surtitles and lumbered with something of a tin ear, thought at times the repetition gave off the sense that ‘Slaughter on 10th Avenue’ had been stirred in with ‘It Ain’t Half Hot Mum,’ but still, and seriously, the pieces showed clear virtuosity and were quite impressive.

For TVC, the highlights were Deepening of the Red Sun, from a text by the mystic poet Kabir, a mystical jazz fusion that built slowly, almost ponderously (like a Peter Gabriel song), but which was profound for all that – another piece that featured percussion (including via piano) seeming like the beating of a heart, a great piano solo and with Mudgal almost venturing into skat – the last piece before intermission, “Joyous Rain,” a virtual rocker in which the trombone section got to shine (ignoring Wagner’s joke about not looking at the trombonists, as it only encourages them) – a boppy Bollywood-inspired number reminiscent of feature music from “The Birdcage” – “Tabla Spiral,” where Pradhan and Singh ‘spoke’ to each other both through their instruments and song – and “Arms of Imagination” that blared as brightly as Benny Goodman’s band on steroids. The synergy between eastern and western styles and instruments was a revelation, and the players’ enthusiasm was infectious. A standing ovation at close.

Your correspondent pleads ignorance of most things Indian. Yes, he doesn’t like cricket – he loves it. He is reading Midnight’s Children. His nephew lived in a Monastery in Sera for several years. He thinks Māru-Gurjara architecture comprise some of the greatest built-art in the world. But he can’t speak Hindustani and is not well acquainted with the subcontinent’s thought and culture. Which is why festivals such as OzAsia are so important: they help to build a bridge between you and that which is not you, and so pass from ignorance to appreciation and understanding.

As Kipling might conclude: “They have looked each other between the eyes, and there they found no fault.” 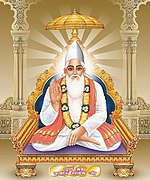