The Master of the Domestic Interior Scene lit by a side window, akin to Trollope’s novels in their chronicling of ‘small beer,’ Jan Vermeer was the greatest Dutch painter along with Hieronymus Bosch, Pieter Brueghel the Elder, Rubens, Frans Hals, Rembrandt, Jan Steen and Vincent van Gogh. The purity of his forms, figures, objects and in particular, light – the peerless and meticulous precision with which he rendered quiet goings-on in modest Dutch dwellings – make his imitation of created nature (natura naturata) by a complete encapsulation of a scene (with the help of camera obscura) worthy of the Painterly Pantheon.  Look at Girl With a Pearl Earring or The Astronomer for the superb symbiosis of light on face, fabric, tools of trade, decoration.

Only 30 or so of his works survive and he was not a successful man. Dying a pauper, he now lies in the Oude Kerk at Delft.  But he is no longer in a position to fuss about that, and he seems to have been happy in the instinctual vibe that his art would live on (he was a convert to Catholicism).  E.H. Gombrich wrote of him: “Vermeer seems to have been a slow and careful worker. He did not paint very many pictures in his life. Few of them represent any important scenes…His paintings are really still lifes with human beings…Vermeer achieves complete and painstaking precision in the rendering of textures, colours and forms without the picture ever looking laboured or harsh…It is this strange and unique combination of mellowness and precision which makes his best paintings so unforgettable. They make us see the quiet beauty of a simple scene with fresh eyes and give us an idea of what the artist felt when he watched the light flooding through the window and heightening the colour of a piece of cloth.”* 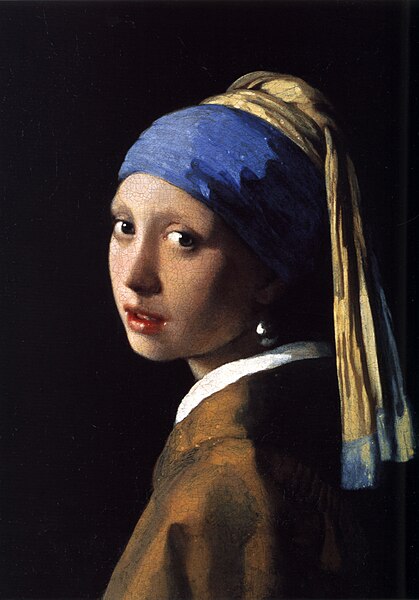 “Girl with a Pearl Earring” (1665) (possibly modelled on the artist’s daughter, Maria) 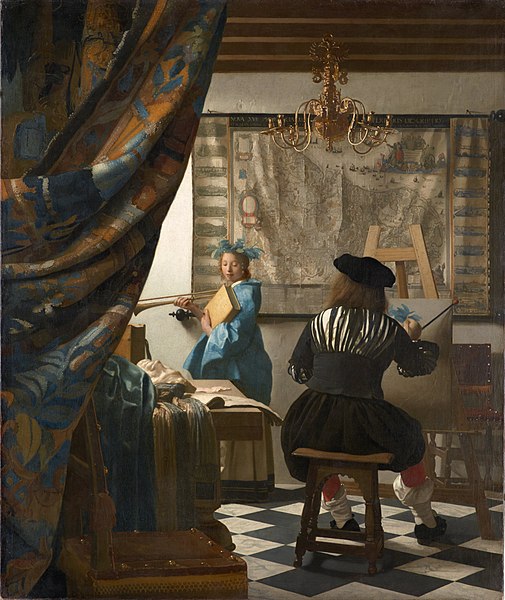 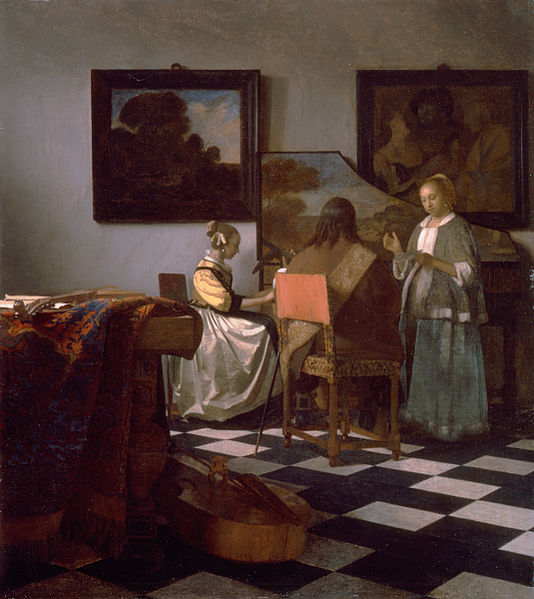 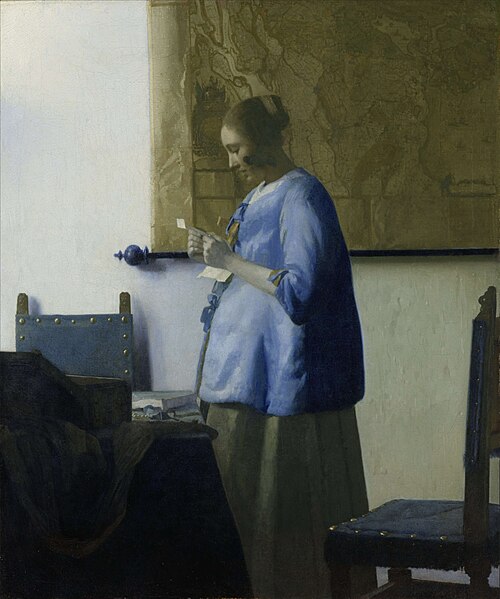 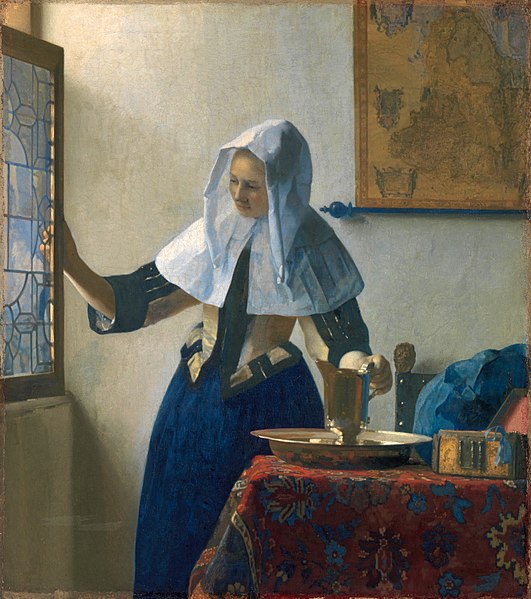 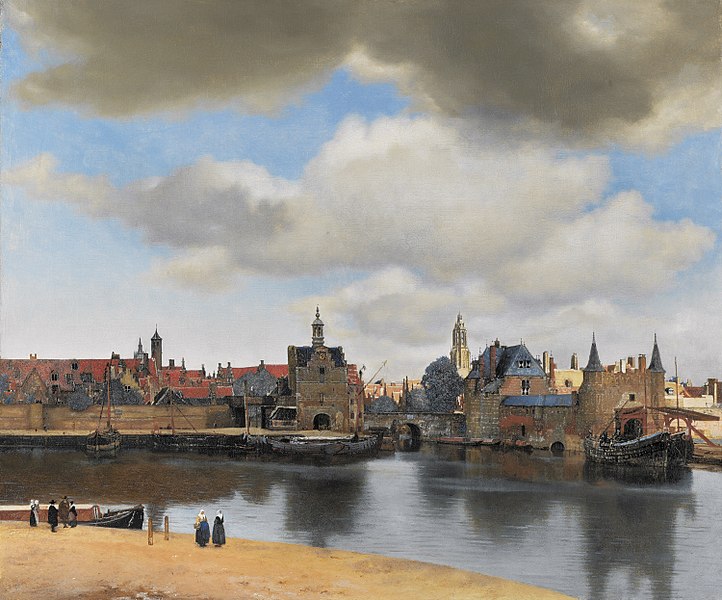 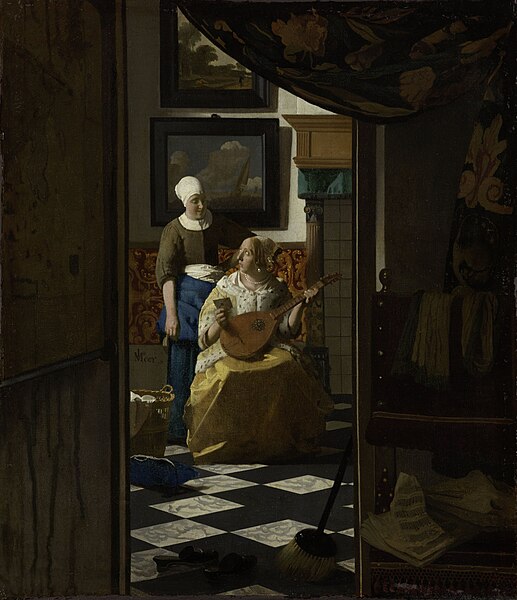 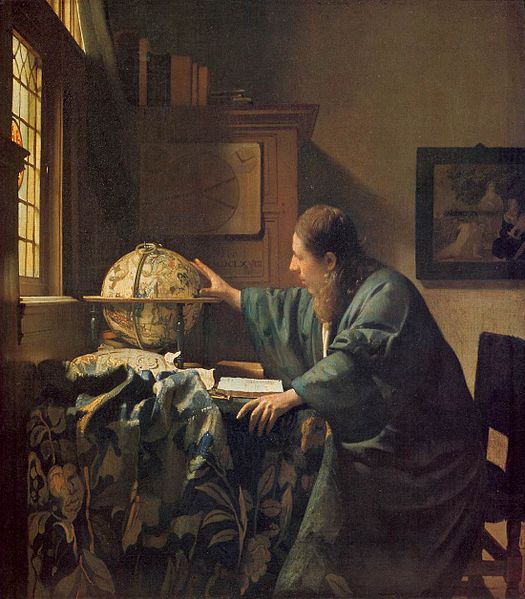 In Agatha Christie‘s murder mystery After the Funeral, the plot point pivots around an obscure painting that is identified as “Definitely a Vermeer.” When one looks over the works above, one can say that each are ‘definitely a Vermeer.” [* E.H. Gombrich, The Story of Art, p 329.]