I Think You Should Leave – Again

For those who like their comedy dark, psychotically dark, and salted with real tears, the first season of I Think You Should Leave was hysterical, although we can understand why some people might absolutely hate it.  The Varnished Culture has to report that the 2nd season is even darker, shorter, more arbitrary and occasionally jaw-dropping..

An employee hides, snacks and chokes on his hot dog at an impromptu meeting because ‘you can’t cancel lunch.’

A man disguised for a prank candid-camera show loses his will to live at the mall.

The parade of “Little Buff Boys” at a corporate gig massively misreads its audience.

Tim misunderstands the rules of conduct for the adult haunted house tour.

An expert panelist on a ‘Dragon’s Den’ type show is obviously barking mad: “I’m scared how much I need wine…my mouth is purple.”

Mike lounges on the conference room sofa, hungry and frazzled, having spent all his living expenses fighting to purchase Dan Flashes shirts with the “complicated patterns.” (see foot of post)

A man tells a white lie to his young daughter. The man at the next table in the diner (Bob Odenkirk) backs him up but there’s a forfeit to pay for that. 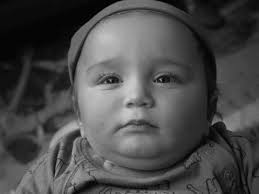 The man with a past (slicked-back hair, sloppy steaks, etc.,) is “worried that the baby thinks people can’t change.”

The venerable professor appropriates one of his student’s hamburger and then threatens the group to keep silent about his rather dark life.

We sit back and enjoy the trailer – and touchy interview – for Detective Crashmore.

Incriminating text messages revealing insider-trading also show what some think of Brian’s Fedora hat with the safari flap at the back.

We learn to avoid credit-card roulette, Calico Cut Pants, the Sci-Fi café, parties hiring the ‘Stable of Stars’ (at a certain price point, the Johnny Carson impersonator can hit), the Tammy Craps Doll and Chode jeans.

If you don’t know how to drive, you won’t get far by attending the seminar by the distracted driver whose job is “tables.”

Little girls, and others, are shown a video to reassure them about getting their ears pierced at ‘Claire’s’. Unexpectedly, the video features Ron Tussbler (aged 58) who observes, to his own berserk laughter, “I’m sitting in an empty room laughing my ass off to trick my dead self I had a great life!”