The great romantic painter of startling tableaux of the Apocalypse, John Martin passed from glazing plates to classical landscape painting until he found his mileu in fire and brimstone.  Stories of the Old and New Testaments were his templates, and the vast (or small) canvasses and plates of destruction, panic and woe were wildly successful, although now out of fashion (for now). 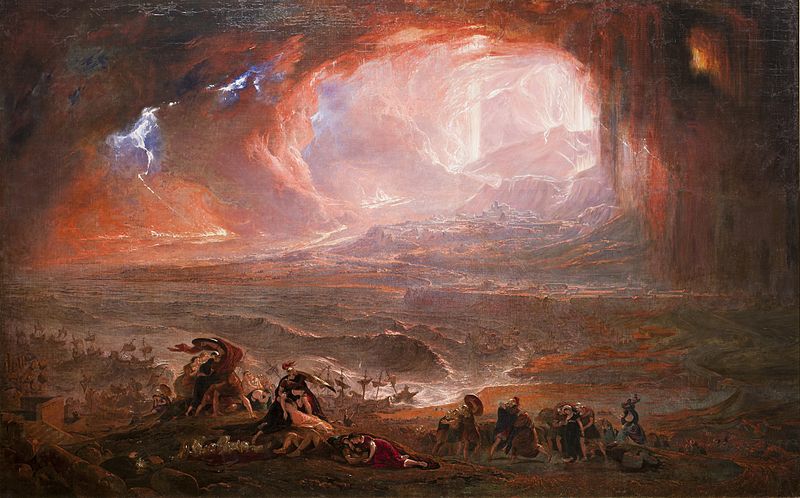 “Below the rational and sensuous surface of nineteenth-century painting, the bright skin of Impressionism, the solid material world of Courbet, or, further back, the ideal forms of neo-classicism, there ran a fascination with dreams: with mystery, melancholy, and fear. It was a world of phantoms, and all the more vivid for not being the conscious emanations of a culture like ours; in 1820, an oneiric image had to have more pressure behind it to break through the crust of normal artistic usage than it does today.”*

“Joshua Commanding the Sun to Stand Still upon Gibeon” (c. 1840)

“Fall of Ninevah” (and also below, in Mezzotint) 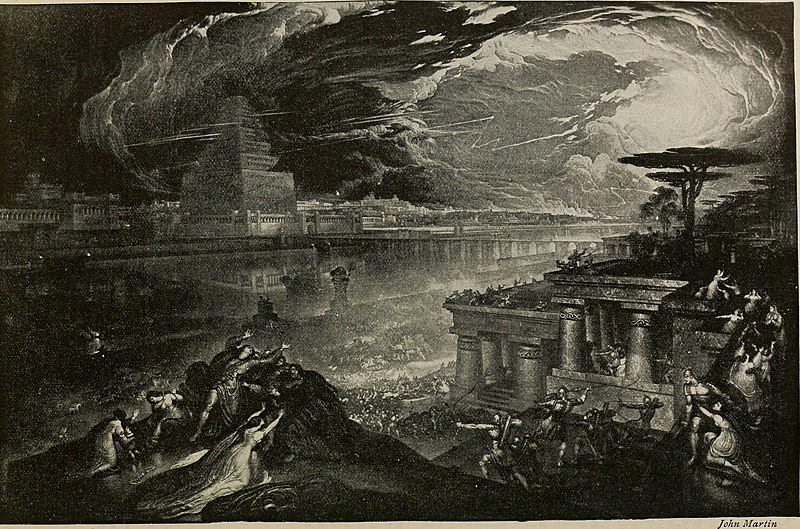 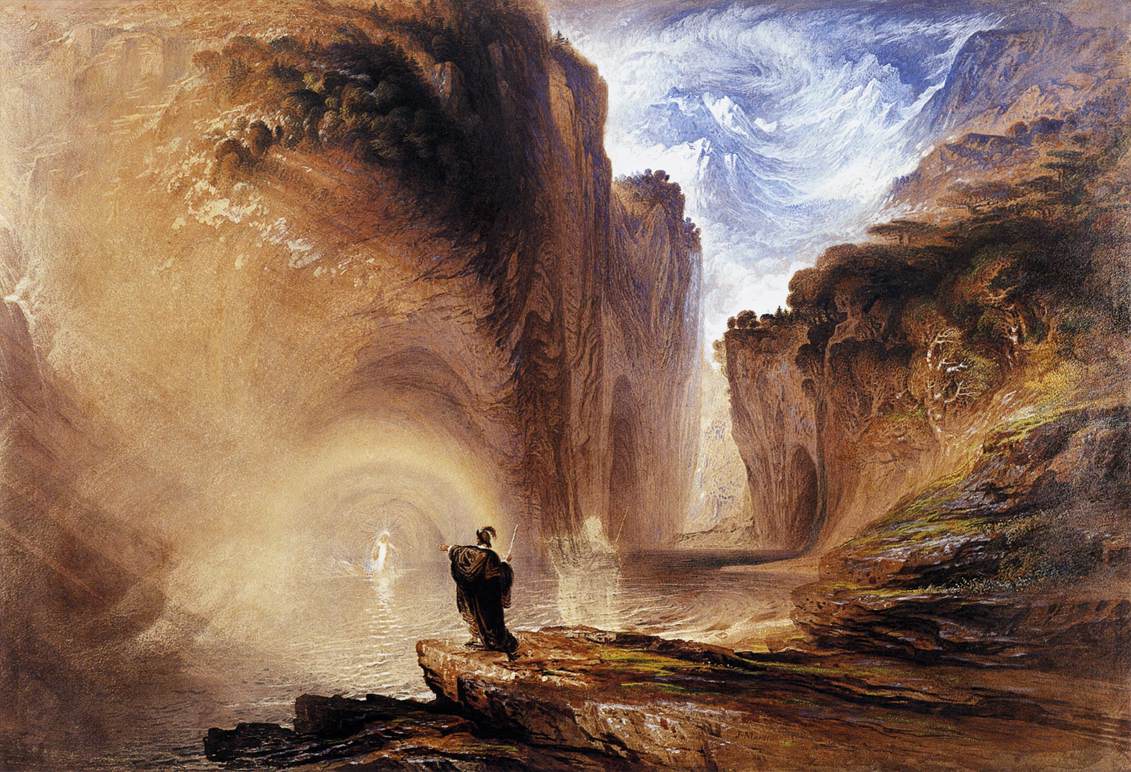 Martin “assimilated the dramatic effects and even the architecture of industrialism, and used them as the basis of his illustrations to Milton and the Bible. His panoramas of Satan’s Kingdom, vaster and more sinister than the film sets of D. W. Griffith, were a genuine development of the contemporary style, and he was the first to see the importance to the early nineteenth-century imagination of the tunnel.” ^ 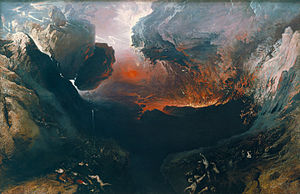 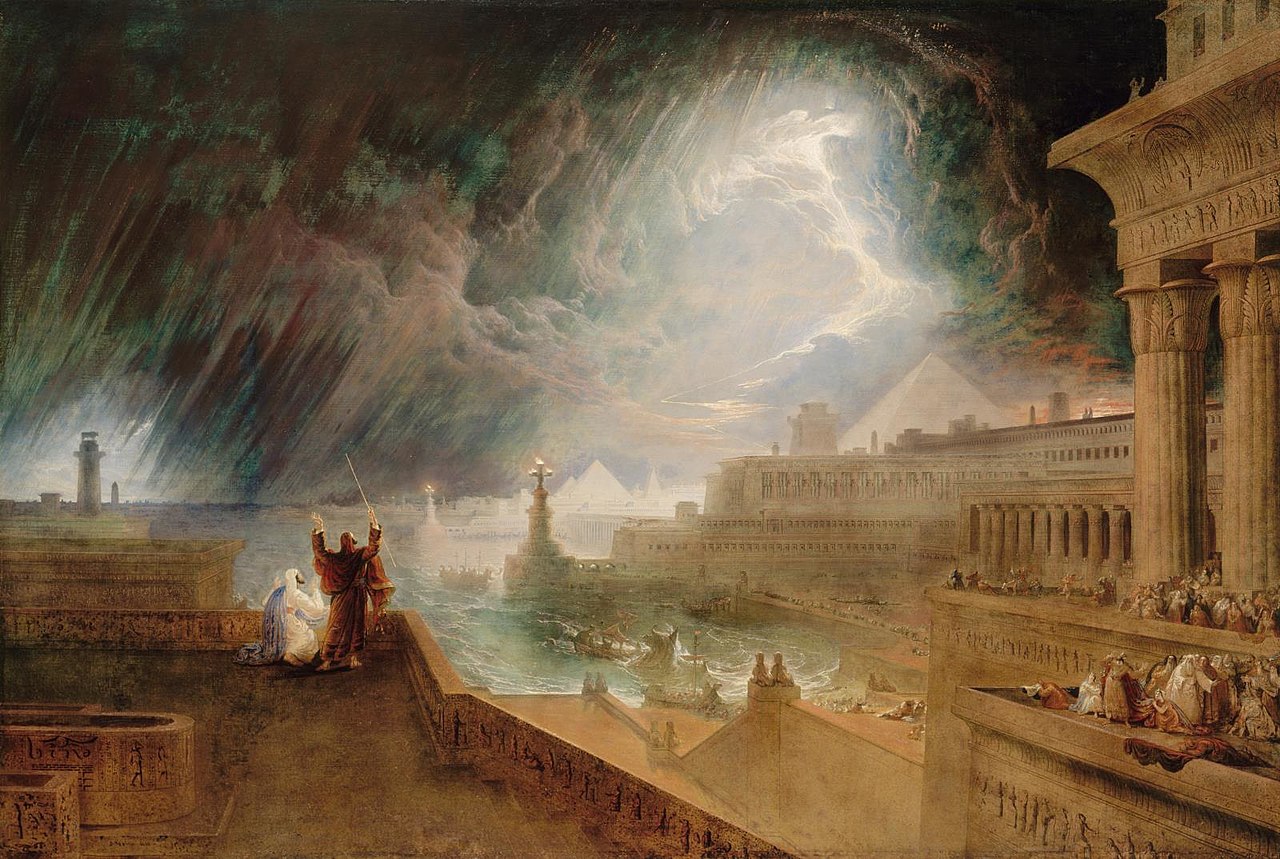