Mistah Kurtz might be dead, but Joseph Conrad lives on in his great novels: Heart of Darkness, Lord Jim, Under Western Eyes, The Secret Agent, and, of course, Nostromo. Walter Allen, in The English Novel, thought that a good case could be made out for considering it the greatest novel in English in the 20th Century, a claim made even more remarkable by the fact that English was Conrad’s third language.  A great moraliser (a favourite saying of his was that ‘nobody can escape his fate‘), Conrad could be wise and sharp at once. And his great book is a kind of ‘thriller of values.’ This from Nostromo: “Decoud, incorrigible in his scepticism, reflected, not cynically, but with general satisfaction, that this man was made incorruptible by his enormous vanity, that finest form of egoism which can take on the aspect of every virtue.” 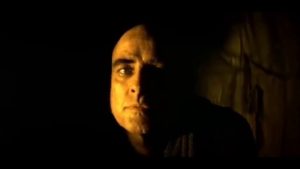