Parrish achieved his luminous effects via underpainting and treatment of oils with glazing, which accentuated the colours and finish to his works.  His landscapes are otherworldly (“Land of Make Believe” – see below – could be Tolkien’s or Peter Jackson’s Rivendell) but also very friendly, populated occasionally by unthreatening, androgynous figures.  He fell out of fashion with the advent of Abstract Expressionism in the 1940s (Now, There’s a Turn Into a Blind Alley for you!) and his “sweetly rendered images of girls on rocks“* and other cutesy fare were deemed passé.  And yet they continue to draw the viewer in, in just the way abstract expressionistic works don’t.  His vibrant and vivid pieces were often made for mass reproduction in books, magazines, calendars, and so on, very much in the manner of the later work of Norman Rockwell (who adored Parrish). This “populism” led to him being ignored by the Art Mafia, but his care and attention to detail, draftsmanship and almost preternatural colouring will gain him a re-appraisal.  For, in the end, hard work will tell, where chauvinistic, slapdash pretension will not. 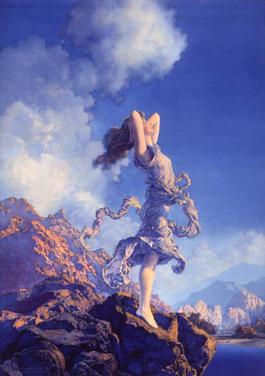 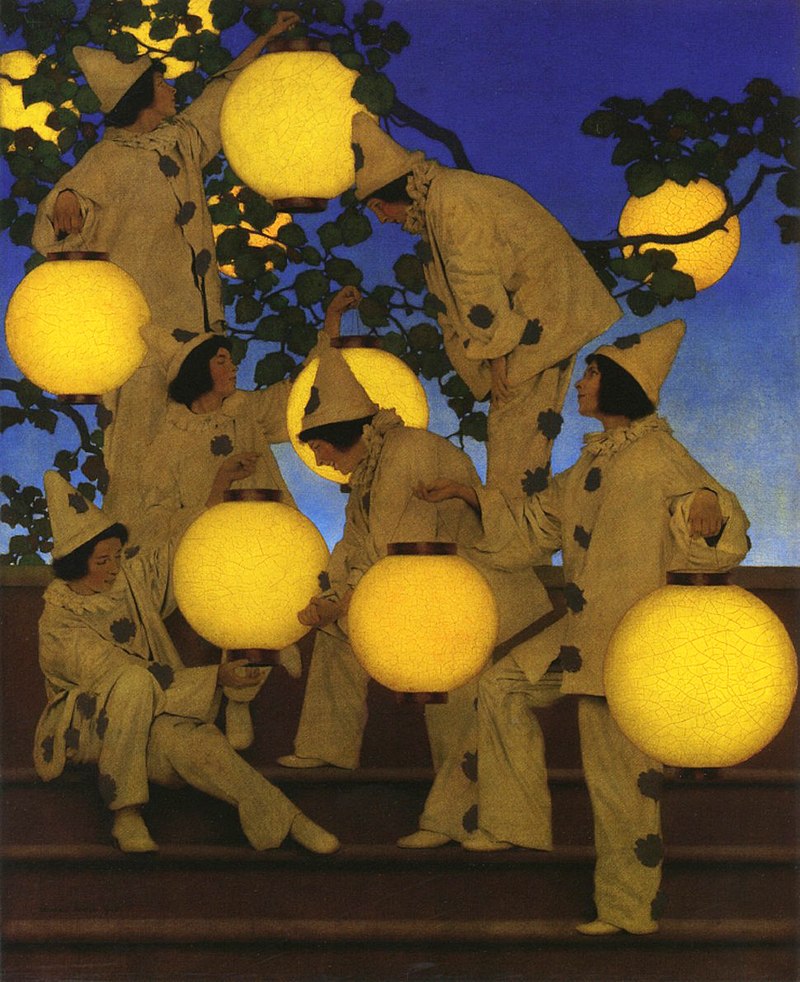