The voluptuous acres of flesh painted by the Grand Baroque artist, Rubens, over a long working life, would stretch to the Moon. He is not now regarded a master of colour (although he was), and some judge his work as facile, but the enormous body of bodies is unique: whether he deals with the religious, classical, pagan, personal, allegorical or purely decorative subject, he is always Rubens.  Some people don’t like his success in life (Vincent is a more romantic story), but the man from Antwerp was no twerp: his massive, rich, exuberant canvasses – throngs of people or big nudes behaving badly, palpitating organs and flesh – justify the judgment that the “greatest secret of Rubens’s art [was] his magic skill in making anything alive, intensely and joyfully alive.”*  There is a great, earthy, vibrant, human element to even his most ethereal works. Which is perhaps why Jacob Burckhardt wrote of “the two greatest storytellers this old earth of ours has ever borne – Homer and Rubens.”^ 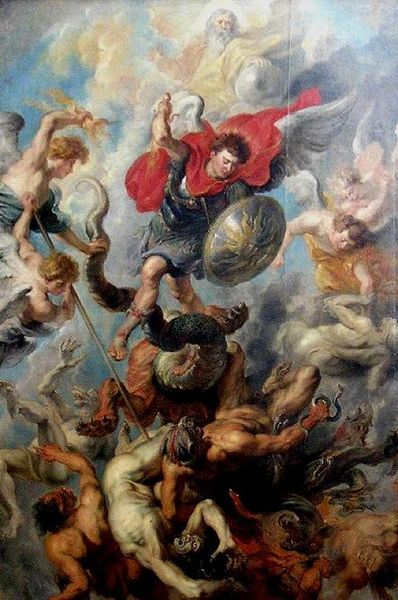 ‘A painter of amply proportioned women and swaggering men…’ “Rape of the Daughters of Leucippus” (c. 1617)

The artist and wife (Isabelle Brant)