The great Florentine painter of the early Renaissance, Botticelli was not as technically accomplished as either Leonardo or Michelangelo, but he often excelled those men in the sheer preternatural beauty of his works.  Consider the Birth of Venus, with its anatomical eccentricity and stage-like rendering of form and nature: 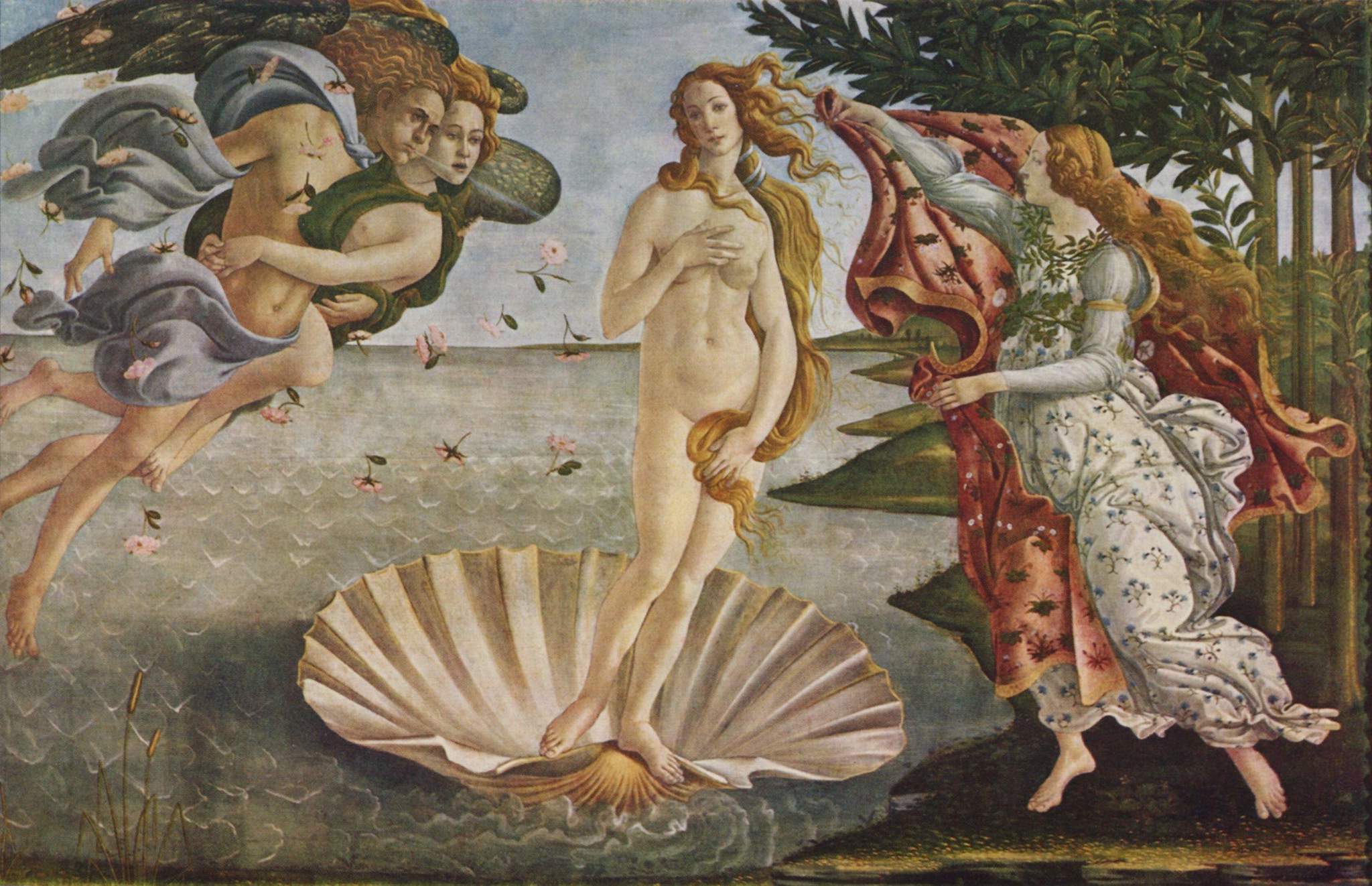 “The secret is this, that in European painting there has never again been an artist so indifferent to representation and so intent upon presentation.“^ 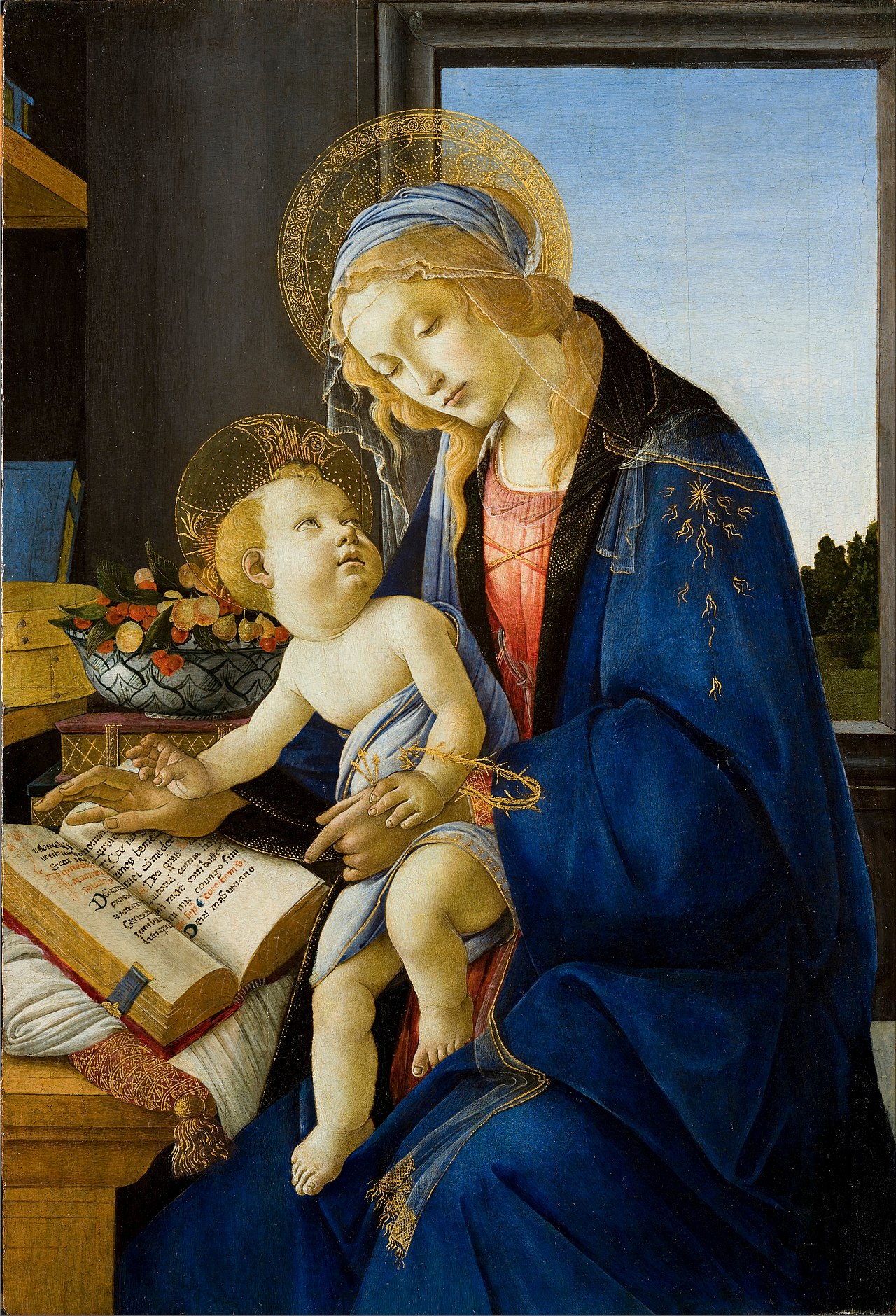 The Virgin and Child (The Madonna of the Book)

While he painted plenty of religious pictures, he was also inspired to create by works of classical antiquity and burgeoning literature, such as Dante’s Divine Comedy.

His works achieve the Renaissance ideals of leggiadria – Rare refinement or composure, accompanied and supported by the value of spontaneity and referable especially to the harmony of the details of the appearance, attitude, style. 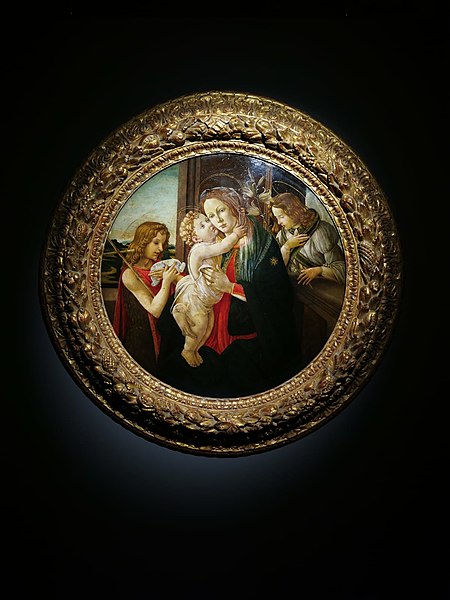 Adoration of the Magi

Vasari said of the Magi: “This is truly a most admirable work, and executed so beautifully, whether in colouring, drawing, or composition, that every craftsman at the present day stands in a marvel thereat.”  (The work brought him to Rome, where he painted a Sistine panel for Pope Sixtus IV). 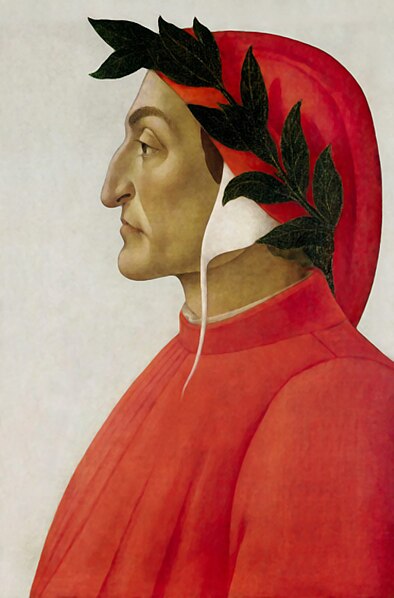 “He is before all things a poetical painter, blending the charm of story and sentiment, the medium of the art of poetry, with the charm of line and colour, the medium of abstract painting. So he becomes the illustrator of Dante.”*  His many illustrations from Dante’s Great Work shows him leaving grace and creamy-skinned angels behind – there are some very dark and brutal images (see the Chart of Hell below and a sketch in our post on the Comedy). 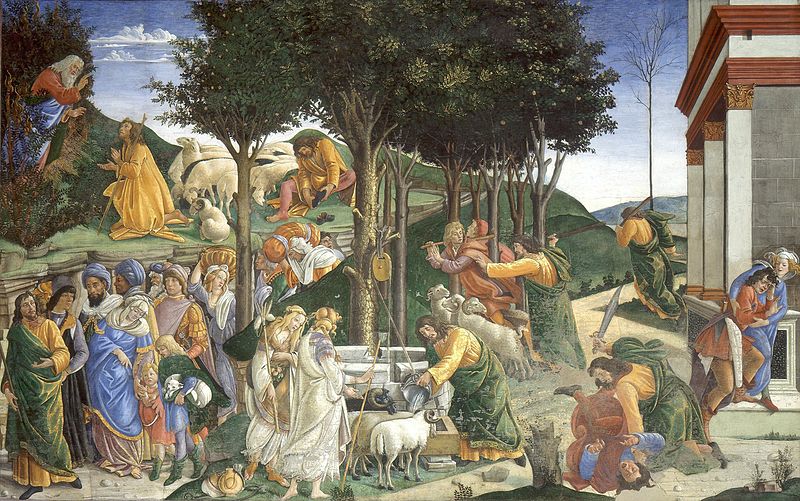 Events in the life of Moses

Detail from the work above

Mary with the Child and Singing Angels 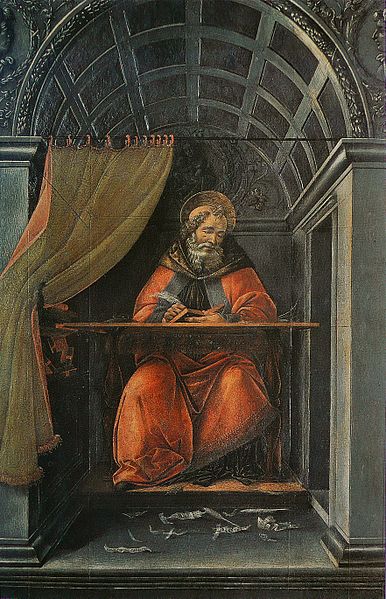 Saint Augustine in His Study

“In some of the later [mannered] works…we have, it is true, bacchanals rather than symphonies of line…But the painter of the “Venus rising from the Sea,” or the “Spring,” or of the Villa Lemmi frescoes is the greatest artist of linear design that Europe ever had.” #