Chapelle is almost always controversial, and worth watching (except for his Block Party Special, which was an ocean-liner-sized yawn) but in his valedictory show for Netflix, he seems to be intent – or resigned – to cancel himself.  He has been criticized for being ‘transphobic,’ and has obviously spent a good deal of time reflecting on (and deflecting) this.  It has affected his naughty boy comedy: the naughty boy is still there, twinkling at us through his not-so-innocent eyes, but the deconstruction of his often sensible stance is slightly chilling, and the effort to build a bridge to the LGBTQ+etc ‘Community’ is surely doomed, hence wasting what could have been a better time for all.  We liked his serious ‘closer,’ his account of the troubled trans amateur comedian, Daphne Dorman, but even that smacked of special pleading.  Just do your stuff, Dave, and let the people decide whether to be entertained, informed, offended, or all of the above.  Keeping it real can’t go wrong all of the time. 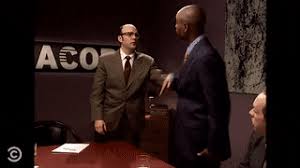