January 11, 2021 | Posted by Peter Jakobsen | Australian Politics, AUSTRALIANIA, POLITICS | 0 Comments | 0
[Thoughts toward a final reconciliation of, or reckoning with, the Australian peoples, written in dejection at the news Melbourne’s 2021 Australia Day parade has been cancelled due to COVID-19 concerns, whilst an “Invasion Day” dawn service will proceed, with the support of Melbourne City Council.] [We hope that the following thoughts do not fructify – Ed.]

We have nominated our preferred date for Australia’s National Day of Celebration/Commiseration, and now consider possible alternatives to the current national anthem, recently adjusted by bureaucratic fiat to substitute “young and free” with “one and free” to suit the present generation’s designer mood. This sets a precedent in our Federal Super Oligarchy: they can change anything as long as the Prime Minister and the State Premiers agree (or even if they don’t).

Advance Australia Fair is a dirge, frankly. As anthems go, it is vanilla: not too shabby but it might be gassed-up with some further tweaking, to reflect Australian nationhood and values in 2021:

“Australians all let us rejoice

With beach and hills and other cheap thrills

We drink and swim and ski;

Our land is full of nothing much

But dirt and scrub and snake;

In history’s page, let every stage

Show Australia on the make.

In joyful strains then let us sing,

Of chardonnay and steak.

Beneath our peeling pergolas

And hope this Commonwealth of ours

Is renowned of all the brands;

For those who’ve come across the seas

You’ll turn back at the gate;

With courage gone along with you

In arrogance then let us sing,

God Save the Queen

The Queen is good value: she does nothing and costs next to nothing. Pound for pound, she beats any other Head of State by a furlong. So God Save the Queen is a viable alternative, except that today no-one in the country believes the Queen exists and they all hate God. Perhaps we could adapt the lyrics of Henry Lawson’s The English Queen to the venerable tune? But you’d never get the State Premiers to vote for this one, any more than you could get them to regard any of their colleagues (or their electorates) with affection or tolerance, so it’s not worth running-up the nation’s flagpole (either of them).

Dorothea Mackellar’s poem (“I love a sunburnt country, A land of sweeping plains, Of ragged mountain ranges, Of droughts and flooding rains…”) is quite good and comes closer to accurately describing Australia’s eccentric changes of climate (perhaps she only meant ‘weather’) than any of our scientists at CSIRO.  But long ago, my father adapted the poem to an old Estonian piano shantey, which has ruined it for me.  So I vote “No”.

This is a serious contender. Admittedly, it involves three noxious concepts: (1) Camping, (2) Sheep Rustling and (3) Suicide; be that as it may, it seems to perfectly sum-up Australia today and forever. But technically, it is a song, rather than an anthem.

Tempting, tempting…it is a stirring tune, capable of galvanising a great nation to great things. But as this we aren’t, and these we can’t do, it’s a horse that won’t run.

What about adapting Donald Horne’s harsh-but-fair verdict on Australia, sung to the tune of John Williamson’s True Blue:

Australia, have you no idea

And do you feign surprise when others

Don’t feel the need to make it clear?

Australia, have a beer…

Can you ever manage to adapt,

Rise and front-up to the future or

Is that choice no longer apt?

Australia, are you out of luck

Forced to run amuck, at the back of the truck,

If you came from overseas or were dragged-up here

Are we all First Tier?

Hey, Land of mutts, have you lost your guts,

Will you vomit-up your heart

After the barn door shuts?

Australia, are you reading me,

Is your wealth from golden soil now

Sent from our brown land girt by sea

Or down the shute, and all for free

Australia, are you second rate

Do you lack the wherewithal, fallen off the ute 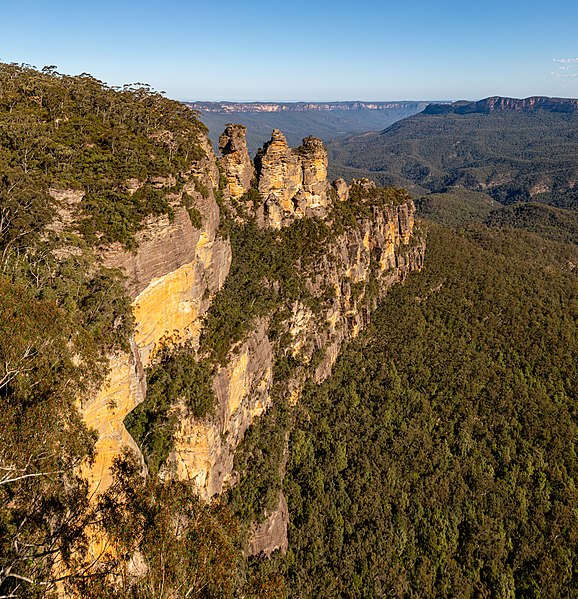