On 8 December, 1980, about 5 pm, a man truly ‘crippled inside,’ Mark David Chapman, posing as a fan of singer-songwriter/crypto-Jesus John Lennon, got Lennon to autograph his latest (rather patchy) record, Double Fantasy, out the front of his fashionable Dakota apartment in New York City. 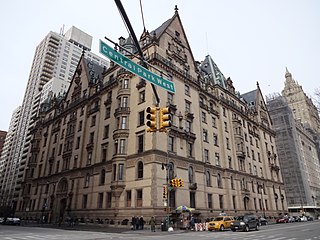 Lennon and his wife were on their way to record more unmemorable songs. On their return, at about 10.50 pm, Chapman shot at Lennon five times, hitting him with at least 4 bullets. Lennon, rushed by police to hospital, was DOA.  Chapman was arrested without further incident and claimed that The Catcher in the Rye was his ‘statement.’


Whatever Chapman’s pathetic motives, or ‘inspiration’ (frankly, who cares?), or his lethal lack of imagination, John Lennon did not deserve to be robbed of his life, and his family robbed of his love. He was, after all, only forty: rich and happy, with possibly better work ahead of him.  His musical legacy was already enormous, of course: his co-writing and performing in The Beatles, and a list of solo pieces that will last. Like his fellow Beatles, solo work was mixed – we can’t abide, for example, his brainless dirge Imagine, or virtually anything he did with Yoko Ono, but here is our personal list of his post-Beatles tunes that we think will endure:

Happy Xmas (War is Over)

Whatever Gets You Through the Night

So pity Chapman, the jealous guy from Hawaii, for his failed life, his screwy values, his idiot and destructive acts, his phony contrition. Though eligible for parole since 2000, he’s not been granted it, and we can live with that.

Paul McCartney wrote “Here Today”, a (not so silly) love song, after John had gone, that included these lines:

And if I say
I really knew you well
What would your answer be?
If you were here today…