Love You Long Time: The Earl of Louisiana

Liebling’s witty and nostalgic book shows us something of the old time politics and how it seems fresher and more vibrant than the sterile and shrill shenanigans of today. True, he had to travel to Louisiana (where the citizenry don’t expect corruption, they demand it) and he had a ringside seat to the Long legacy (the famous ‘Kingfish,’ Huey Long, Governor from 1928 to 1932 and a U.S. Senator until his death by gunfire in 1935, had been followed by younger brother Earl, Governor from 1939 to 1940, 1948 to 1952, and 1956 to 1960). Under the law then, a Governor was not eligible to serve consecutive terms: Earl thus decided he’d resign a few months before the end of his term and then campaign to ‘succeed’ his newly installed replacement – something of which even wily older brother Huey hadn’t thought. 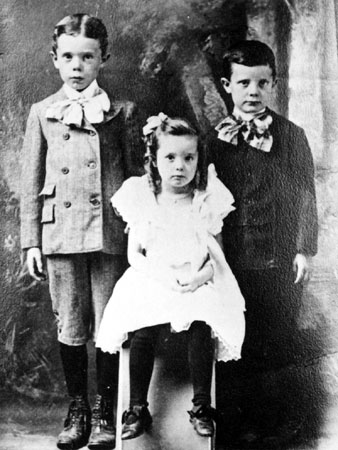 The Longs were long on populist re-distribution and pork-barreling but they were also anti-racist in a State still prone to segregationist law and policies. Indeed, to effectively ameliorate such pre-Civil Rights Act injustices, it was necessary for an anti-racist to pose as a racist (he handed out quarters to white kids, nickels to black kids). As Earl snarled on the floor of the Legislature – as Liebling notes, being Governor, he probably had no right to speak as the head of the Executive –  “you got to recognize that niggers is human beings!”  This against a bill to remove black votes from electoral rolls. One lawyer observed to Liebling: “the state was tight as a drum and crooked as a corkscrew; now it’s still crooked, but it’s open to everybody.”

Long was a good ol’ boy but one on the side of the angels, fighting against segregationists, vested interests like Standard Oil, The Times-Picayune newspaper that detested him, and sundry other forces of darkness, but he fought with all the weapons he could amass. His stump speaking was legendary, a discursive, cornpone, meandering blend of invective, confession, pledges and appeals to the Supreme Deity.  Of a hostile publisher; “Mr. Luce is like a man that owns a shoestore and buys all the shoes to fit himself. Then he expects other people to buy them.”  When he promised to a representative of the cinema cartel to remove a tax on movie tickets, then renegued, his promisee said of his clients, “What do I tell them now?” to which Earl replied, “I’ll tell you what to tell them. Tell them I lied.”  What ultimately blindsided him in the summer of 1959, however, when his impassioned speech brought him to the brink of apoplexy, was that his wife, Miz Blanche, would have him committed to a mental hospital in Texas.  He did not see that coming.

With typical southern flair, Earl talked his way back to town, sacked the health officials that had facilitated his premature demise, and set his re-election strategy in motion.  He fell short in the end, but the ride is wild and Liebling, the urbane staff writer for The New Yorker who fell (a little) under the demagogue’s spell, documents it with wit, affection and coolly measured prose:

“A Louisiana politician can’t afford to let his animosities carry him away, and still less his principles, although there is seldom difficulty in that department.”  “Extended on a pallet in a dusty little hotel at Covington, where he lay after winning his way to freedom by firing the hospital officials, he recalled old newsreel shots of Mahatma Gandhi.”  “The next sequence was pastoral – on the veranda of Earl’s old-fashioned farm at Winnfield, in his home parish, where it is politically inadvisable to paint the house too often.”  “His delivery is based on increasing volume, like the noise of an approaching subway train; when he reaches his climaxes, you feel almost irresistibly impelled to throw yourself flat between the rails and let the cars pass over you.” “Square-chinned and leathery, Roussel has the kind of head Norman peasants carve on wooden stoppers for Calvados bottles.”  “Outside, Alick [Alexandria, in the central part of the State] lay prostrate under the summer climate of Louisiana, like a bull pup flattened by a cow.” “The row of glowing cigar ends swaying in unison reminded me of the Tiller Girls in a glow-worm number.” “‘Father, forgive them, for they know not what they do!’ [quoth Earl on the stump in Alexandria] At this point he was interrupted by wild handclapping from a group of elderly ladies wearing print dresses, white gloves, straw hats and Spaceman eyeglasses, who had been seated quietly on the platform…They were under the impression that it was an original line.”

Uncle Earl on the stump

Throughout, Liebling salts his articles (that became this book) with local colour and great set-pieces: Earl’s weird and wondrous shopping trips (he bought in bulk when he spotted a bargain – potatoes, goldfish, alarm clocks, billy goats, pitchforks, country hams, beer, etc); His daily review of form guides and telephoned bets on the gee-gees; Liebling’s visit to gubernatorial candidate Mayor deLesseps Morrison at City Hall in New Orleans (looking over all the autographed photos of the Mayor with various notables, Liebling wrote “I found the entire display an engaging disclaimer of false modesty“); Dining at the Governor’s mansion where one of his servants performs political cabaret turns to general hilarity; ““Vigorous” is another word that Morrison uses too often. It has connotations of hard labor that displeases voters in a warm climate“; In Glasgow covering the UK general election of 1959, dis-spirited by the bland, beige bromides of Macmillan and Gaitskell, he writes: “Nostalgic, I read a quotation from Uncle Earl: ”Jimmie Davis loves money like a hog loves slop.””

In the end, the run-off left standing only Mayor Morrison and Jimmie H. Davis, the eventual winner. Davis, the man who famously wrote “You Are My Sunshine” as well as less wholesome ballads, spelled bad news for the State’s less wealthy African Americans. As the writers of An American Melodrama wrote, “It seems odd that such a sunny fellow is also a relentless segregationist and was the author of the heartless legislation that took Negro women with illegitimate children off the relief rolls and left them to hustle or starve.” Meanwhile, Uncle Earl ran for State Congress, and won, but he died before taking up the office.

And Liebling, the irrepressible gourmand, liked Louisiana cuisine as much as P. J. O’ Rourke did the fried food in Arkansas when he went south to investigate the Clintons and Whitewater. Big, lengthy meals are a staple among politicos – think of the endless rounds of bars, cafes and restaurants inhabited by the crew in The Circus. Liebling was a big boy who liked his food (he liked three dozen oysters as a starter); in the introduction to the 2008 edition of the book by Jonathan Yardley, he reminds us that “in The Earl of Louisiana [Liebling] … recounts stupendous, and to the reader stupefying, repasts in the restaurants of New Orleans – with the result that he became dangerously obese.”

Some examples of this: “Manale’s…provided a glorious lunch of pompanos studded with busters-fat soft-shell crabs shorn of their limbs, which are to the buster-fancier as trifling as a mustache on the plat du jour must seem to a cannibal.” “A PoBoy at Mumfrey’s in New Orleans is a portable banquet. In the South proper, it is a crippling blow to the intestine.” “It was a good dinner, built around mallards shot by one of the guests, who emptied his deep freeze in the name of hospitality.” “The trenchers went around, great platters of country ham and fried steak, in the hands of black serving men, and sable damsels toted the grits and gravy.” “…we sat down to dinner in New Orleans  – three dozen apiece at Felix’s and then shrimp and crabmeat Arnaud and red-snapper en court bouillon…” “In Kolb’s they serve planked redfish steak, snapping-turtle fricassee, jambalaya and gumbo, as well as pig’s knuckles and wursts…”