This compendium of Reith Lectures by historian Niall Ferguson given in 2012 is no less topical a decade later. In fact it is a fortiori, given that the subsequent years have borne out many of the predictions made. For example, the author quotes ‘cliometrician’ Peter Turchin predicting “the next instability peak [of violence] should occur in the United States around 2020.” 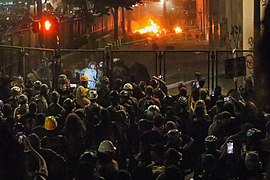 Orwell’s pigs have taken over Manor Farm: “What Charles Murray has called the ‘cognitive elite’, educated at exclusive private universities, intermarried and congregated in a few ‘super zip codes’, looks increasingly like a new caste, equipped with the wealth and power to override the effects of mean reversion in human reproduction, so that even their dimmer progeny inherit their lifestyle.”  This ruling elite, pretending to be left or right, is in fact either. Rather, its members are nihilistic opportunists, more-or-less unaccountable, incapable of, and unwilling to try, improving the lives of their untermensch. 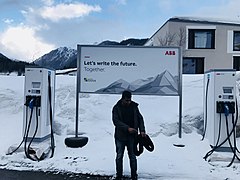 Regeneration will not come from that quarter.  Ferguson knows this, and more impressively, proves this in his excellent little book. Instead, he revives the fine old idea of reclaiming those timeworn institutions that have stood western civilisation in good stead prior to their impregnation by Marxist fruit flies. Davos man has had the benefit of two real time studies of the stationary state: “Essentially, we took two peoples – the Koreans and the Germans – and divided them in two. South Koreans and West Germans got capitalist institutions; North Koreans and East Germans got communist ones. The divergence that occurred in the space of just a few decades was enormous.” Yet the elites like aspects of the latter because they like command and control and they like limited access.  Which is why Gramsci and Dutschke et al have subverted the institutions that were constructed during a more enlightened and optimistic epoch: Parliamentary Democracy existing vis-à-vis the people in a social partnership; free markets, free and enforceable bargains and the rule of law (not the ‘rule of lawyers‘); sensible, non-oppressive and non-explosive regulation; a wisely apprehensive central bank that takes away the punchbowl before the party gets out of control; and “civil society” being organic groups of citizens forming to solve their own problems without recourse to ces princes qui nous gouvernent.  We can all see how these monuments have corroded.

Ferguson asks: “So what exactly is going on? …narrowly economic explanations that focus on the impact of financial forces (‘de-leveraging’), international integration (‘globalization’), the role of information technology (‘off-shoring’ and ‘outsourcing’) or fiscal policy (‘stimulus’ versus ‘austerity’) do not offer sufficient explanations. We need to delve into the history of institutions.”

And he concludes with a take on President Obama’s second inauguration speech, when he venerated big government as the answer (a la Hillary Clinton’s “It takes a village to raise a child”) and comments: “It is bad enough to see state capitalism touted as an economic model by the Chinese Communist Party. But to hear it deployed by the President of the United States as a rhetorical trope nearly devoid of practical content makes..one..pine for the glad, confident morning of 1989 – when it really seemed the West had won, and a great regeneration had begun.”

We have spoken at some length about this topic, from the decay in the arts, sciences and academia, in its various branches and streams of thought.  And again. We have bewailed the diminution of freedom, here, there, up, under, north, south, east, far east and west.  We’ve talked about polarization. It is gratifying therefore to find someone who can coolly appraise a problem and identify what must needs fixing. Rather than bang on (as TVC has) about the pretty pass to which we’ve come, let’s look at our hallowed institutions, as Ferguson suggests, and start trying to fix them. But you’d better bring rubber gloves and use a strong disinfectant, because it won’t be easy and there’s at least five decades’ worth of sabotage to correct. 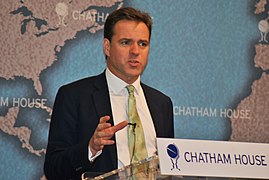